Budget 2017: Rs.10000 penalty on professionals for issue of incorrect certificate

The thrust of the Government in recent past is on voluntary compliance. Certification of various reports and certificates by a qualified professional has been provided in the Act to ensure that the information furnished by an assessee under the provisions of the Act is correct. Various provisions exist under the Act to penalise the defaulting assessee in case of furnishing incorrect information. However, there exist no penal provision for levy of penalty for furnishing incorrect information by the person who is responsible for certifying the same.

It is further proposed to define the expressions “accountant”, “merchant banker” and “registered valuer”. It is also proposed to provide through amendment of section 273B that if the person proves that there was reasonable cause for the failure referred to in the said section, then penalty shall not be imposable in respect of the proposed section 271J.

These amendments will take effect from 1st April, 2017.

Previous Budget 2017: Additional fee is applicable if you file return after due date
Next Budget 2017: Restriction on set off of loss from House property to Rs. 200000

Budget 2017: How it impact your tax liability

Budget 2017: Additional fee is applicable if you file return after due date 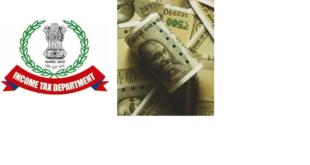 Changes in the Tax Rules for Provident Fund Contributions

I would like to thank you for the information.

Get an expert academic writing assistance. We can write any paper or post on any subject within the tightest deadline.

Get an expert academic writing assistance! We can write any post on any subject within the tightest deadline.